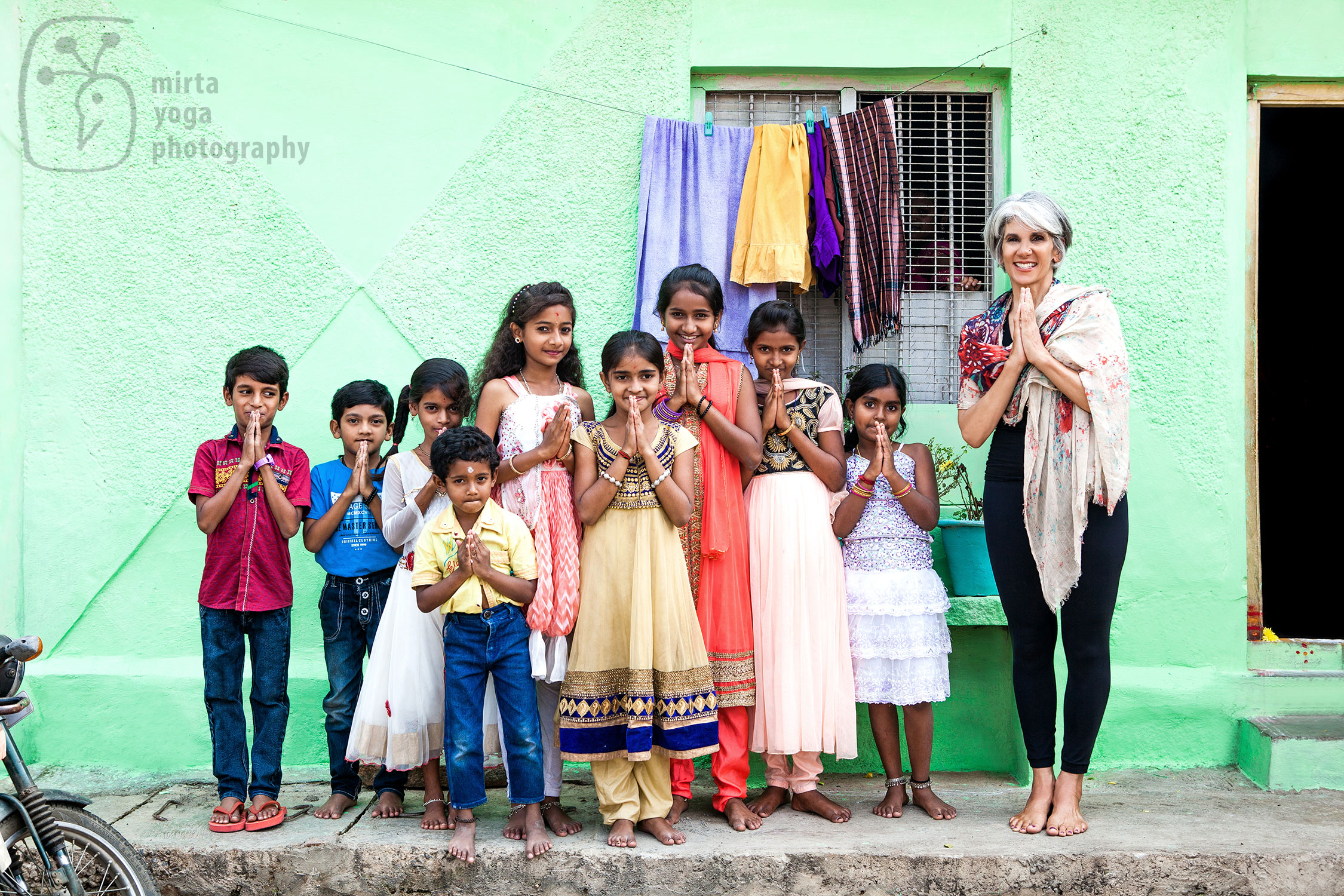 Deb has been practicing Yoga since 2001 and found the Ashtanga Method shortly thereafter.  Deb learned Ashtanga traditionally and continues to deepen her understanding of adjustment techniques, energy movement and other subtleties of the practice through her own practice, and that of her students, who range from beginners to advanced.

Deb received her 200-hour yoga teacher certification in 2007,  completed Primary Series training with David Swenson in 2010 and completed an Intermediate Series Training with Tim Miller in 2014. In January of 2017, Deb was honored to receive Sharath’s blessings to teach and KPJAYI Authorization.

Deb’s first trip to Mysore was in 2012 where she experienced tremendous growth as a yogi and was further inspired by the teachings of the method under the direction of Sharath Jois at KPJAYI.   She enjoys bringing the teachings of the lineage to her students.  The practice has taught her patience, trust and faith in the method to heal and transform. Deb is passionate about sharing her knowledge of Ashtanga’s rich tradition and is grateful to have journeyed on this path. She aspires to say in the moment, trust in the universe, and work her yoga daily, both on and off the mat.

She is the mother of three young men and a grandmother. She enjoys travel, skiing, swimming and outdoor activities as well as writing, reading, chanting and meditation. She is also a student of dance, learning Ballroom Dancing as another modality for movement.

Michelle found Ashtanga during her college days when a friend suggested she try classes at Asana House.  She ventured into a beginner class and quickly became a regular in the guided and led classes.   Upon graduating from MSU with a BA in English she added practicing yoga to the way she starts her day by coming into the Mysore program at AYM.  In 2019 she received her Masters in Healthcare Administration.

Michelle apprenticed with Deb in the Mysore room for serveral years, learning adjustments and proper vinyasa as well as the language of yoga. She has a daily committed practice and is grateful for the tools of yoga she works into her life. She has been to Mysore, India to practice at the source and has participated in all workshops and sessions with visiting teachers. She currently will fill in for teaching at AYM. Michelle is a natural in moving energy with her adjustments and is well versed in both primary and intermediate series.

The above video speaks to Michelle’s experience in Mysore, India. Michelle is the 2015 recepient of the Journey to India Scholarship by YogisHeart and Kino MacGregor.

Daniel Stern started practicing yoga when he took his first breath, as we all do. He took his first yoga class as a teenager with his father at an Iyengar studio, Studio Yoga in Madison, New Jersey. His studies of philosophy in college contributed to further interest in eastern thought and practices.

He got the idea of teaching during a road trip to Colorado and enrolled in a 200 hour certification program at Indigo Yoga in Caldwell, NJ.  The training was a good introduction to the true depth of this ancient practice.  During the training he started practicing Ashtanga at AYM which became his daily Sadhana.  Daniel spent over a month in Rishikesh, India at World Peace Yoga School learning traditional methods and theory from local yogis and scholars.

He has been teaching for a number of years in a multitude of capacities; as an adjunct professor at Essex County College, a health and wellness provider at Bergen Technical High School, an instructor at LA Fitness, servicing clients at Alora Spa, instructor at Indigo Yoga, and Crow and the Coconut Yoga.  He continues his journey on the yogic path daily both as as teacher and student of the practice.

Three decades ago, C-Ray as he is known, began to explore this art and science of life through self-study and yogic arts. In his Iyengar influenced class, C-Ray explores asana based on the sixteen points of alignment. He has been involved in many a teacher training for various studios in the area. He is a pioneer in the field and continues to share his passion with his students of all levels.