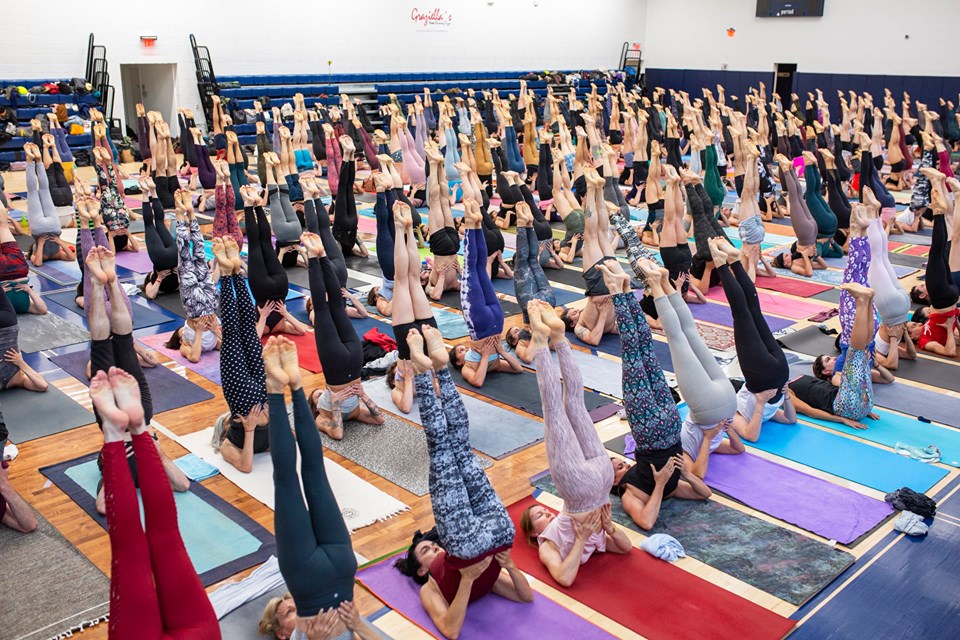 Ashtanga Yoga is a vinyasa based yoga system. It is a method of practicing asanas in a therapeutic sequence where every movement is synchronized with the breath. Vinyasa means “movement linked with the breath.” The breath initiates the movement on the inhale or the exhale. In guided Ashtanga classes the poses are called out in a manner so that one can learn effectively the breath according to each vinyasa.

Ashtanga yoga’s technique is called a Tristhanam, meaning three supports. These foundational supports are the breath, the drishti or the gazing point and the asana. With proper breathing techniques, bandhas or internal locks are used to move the breath along the central column of the spine. There are 9 drishtis and each vinyasa has a drishti associated to it. The asana is the held state, which is accompanied by free breathing and firmness in limbs.

In the Ashtanga method there is a sequence of poses initially taught called the Primary Series. The Primary Series is noted for its therapeutic benefits that bring balance to the physical body. The series begins with Surya Namaskar A & B then moves through a series of standing poses and then to a series of seated asanas. Over time the student will learn these in stages and eventually include a back bending series with an inversion sequence. As proficiency is gained, a student may be introduced to the Intermediate series. There is also an Advanced A & B series as well as the 5th series. It is known that Sharath, the lineage holder today and grandson of founder Pattabhi Jois, has practiced the 6th series.

Ashtanga is referred to in the Yoga Sutras of Patanjali as an eight–limbed or eight-­‐fold yogic path culminating in a state of Samadhi, with ashta meaning 8 and anga meaning limb. Pattabhi Jois taught asana (the third limb) first as the foundation to support and embody the yamas (moral codes – first limb) and niyamas (personal observances – second limb).

Traditionally the Ashtanga method is taught individually (one-­‐on-­‐one) so that the practitioner safely and steadily develops practice at their own ability. This teaching approach is called Mysore method and is named after the city in Indian city where founder Pattabhi Jois lived and where his institute continues to teach under his grandson Sharath. The Institute rewards teaching authorizations and certificates to continuing students over a period of years. This study system is referred to as a lineage where all authorized and certified teachers have spent a considerable amount of time practicing with Pattabhi Jois or Sharath in Mysore, and follow in parampara – a passing on of knowledge in the ancient tradition of India.